He was 20. A few years earlier, he had joined his buddies in a demonstration that turned violent when police suppressed the protest with weapons. He was apprehended, but because he was underage, he ended up in a correctional center for juvenile delinquents, instead of prison for adult offenders.

He expected the worst.

As we sat together in the coffee shop, I asked him what had happened to him when he was incarcerated. Actually, he said, he was treated with respect – not shoved around or beaten and tossed into a cell. Rules were explained to him – what was expected of him as well as what he could expect from the detention center. He was assigned a staff person, kind of like a mentor, who spent time to understand what he did to be put there, what he felt about being there, and how he would benefit from his time there. He was shocked at the dignity he was accorded. He was amazed.

Violence begets violence. Thousands of research studies confirm that when a young person is brutalized by those in authority, the most likely outcome is violent behavior by that young person. And here a young man, sitting right in front of our coffee cups, was telling me that in the midst of violence with potential for more violence, he was treated with respect and offered accompaniment – in the very place he expected to be degraded and humiliated. The cycle of violence was broken, for him, around him. 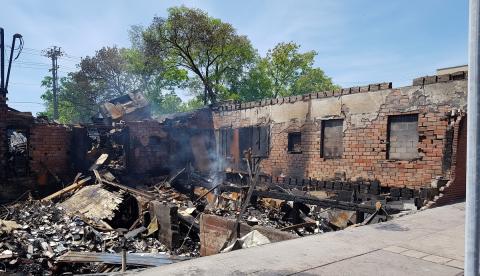 A bookshop 5 blocks from my flat

I asked him the name of the juvenile center. Now it was my turn to be amazed. A decade earlier, a Questscope team had engaged with correctional authorities to improve the facilities and the activities of that facility. Lots of painting, plumbing, sanding, window-framing, roofing, to get the physical stuff in shape. New beds, dressers, games tables, to make it a better space for a young person to hang. But there clearly was more.

That more was to talk. But talk seemed impossible. Nobody was ready to talk to each other. Young people were always on one side of the room, staff on the other. Minimal syllables were exchanged. So, we decided to get each group to talk to themselves, not to others. Separate rooms. Separate facilitators. Separate flip charts. The key questions centered around what feelings you had about the center. Flip charts in both rooms were filled with bullet points. Then we brought the two sides together. 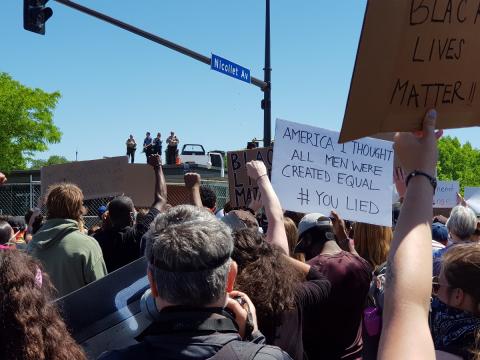 Youth's greatest fear was of the staff – what they would do to them. Staff's greatest fear was of the youth – what they would do to them. Impossible, was the response from both sides. Why are you afraid of me? I was afraid of you! Now, youth and adults in that small correctional space began to talk about the fear they felt, the assumptions of danger from the other. And then what they could do to be in a better space for everybody.

If it were possible NOT to be afraid, then lots of other things COULD be possible. Over the next months, relationship activities got started, and morphed into a mentorship program of organized expectations, inputs, outcomes, collaboration – all at the level of young people with those accompanying them. 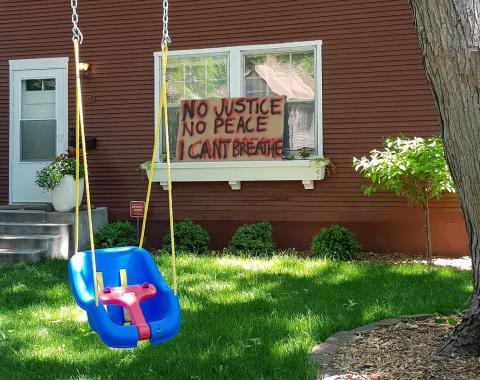 And 10 years later, the young man sitting opposite me in the coffee shop was a living example of what happens when the cycle of violence is stopped. When fear no longer drives attitudes and actions. Ten years is a long ripple in time for that pebble dropped into that pool! Amazing!

Oh, I didn't yet mention that the 20-year-old is a Syrian, sitting in a coffee shop with me in Amman, Jordan. And the juvenile correctional center is in Damascus. And that youth program is entirely led by Syrian correctional staff. The geography of the story, Damascus or Minneapolis, is the beautiful part. I live in both cities and have 20- and 30-something friends in both places. (Just maybe the coffee is better in Damascus!) This redemptive story took place in the violent upheavals that we associate with Syria. But it can and does occur in the violent upheavals we now associate with Minneapolis. We are all human beings, and we have to look out for each other, all the time.

It was absolutely critical for the authorities, the power-people, to have vision that could lead to outcomes that did not brutalize anyone. If that had not been the case, the vicious cycle would have lurched on, grinding-up lives, wrecking the souls of everyone on the giving and receiving ends of the violence. In the chaos of protest demonstrations (whether in Minneapolis, DC, or Damascus), if we want outcomes that break the brutal cycle, there are some things worth hanging onto and remembering:

— People who staff our institutions are also moms and dads with their own families, most of whom have seen the shortcomings of a system and are ready to do the best and right thing, if there is space and support to act not alone, but with others.

— People of good will still need guidance to discover our blind spots. We constantly need to welcome critical insight from the margins – Community cannot feed for long by itself – it can only flourish where the boundaries are always giving way to others coming from beyond them – unknown and undiscovered brothers. – Howard Thurman, The Search for Common Ground.

We are in a time of discovering undiscovered brothers and sisters. Cycles of brutality are breakable. We are part of the de-cycling of violence. Not alone, but with others.

If it were easy, it would already have been done. Roll-up sleeves time!

Curt Rhodes has spent over 30 years working with, and on behalf of, marginalized communities and young people across the Middle East.

As the recipient of the 2014 Dr. Jean Mayer Global Citizenship Award, Dr. Rhodes was recognized by Tufts University for his demonstrated compassion and tenacity in creating a highly effective and determined organization dedicated to the survival and nurturing of the most vulnerable and disenfranchised.

In recognition of his work through Questscope with marginalized youth in the Hashemite Kingdom of Jordan and in the region, Dr. Rhodes was awarded 2011 Social Entrepreneur of the Year for the Middle East and North Africa by the Schwab Foundation for Social Entrepreneurship.

Dr. Rhodes began his career in the Middle East in the early Eighties, as Assistant Dean in the School of Public Health at the American University of Beirut. During the 1982 invasion of (west) Beirut, he volunteered in a community-based clinic alongside students and friends, doing around-the-clock triage for wounded and ill civilians. That was when the seed idea for Questscope began to take shape. Living and working with people in great suffering compelled him to find a way that he and others in the Middle East could assist the most vulnerable: participating with the voiceless ones in invisible communities.

In 1988, Questscope was founded with the goal of putting the last, first. From the beginning, Questscope worked closely with local communities, identifying their aspirations and together addressing their greatest needs.

Leadership in time of challenge and promise

In the Hashemite Kingdom of Jordan, a place suddenly in the newsfeeds to our phones and laptops...

Congratulations to our partner teams in Syria, The Syrian Society for Social Development! The...